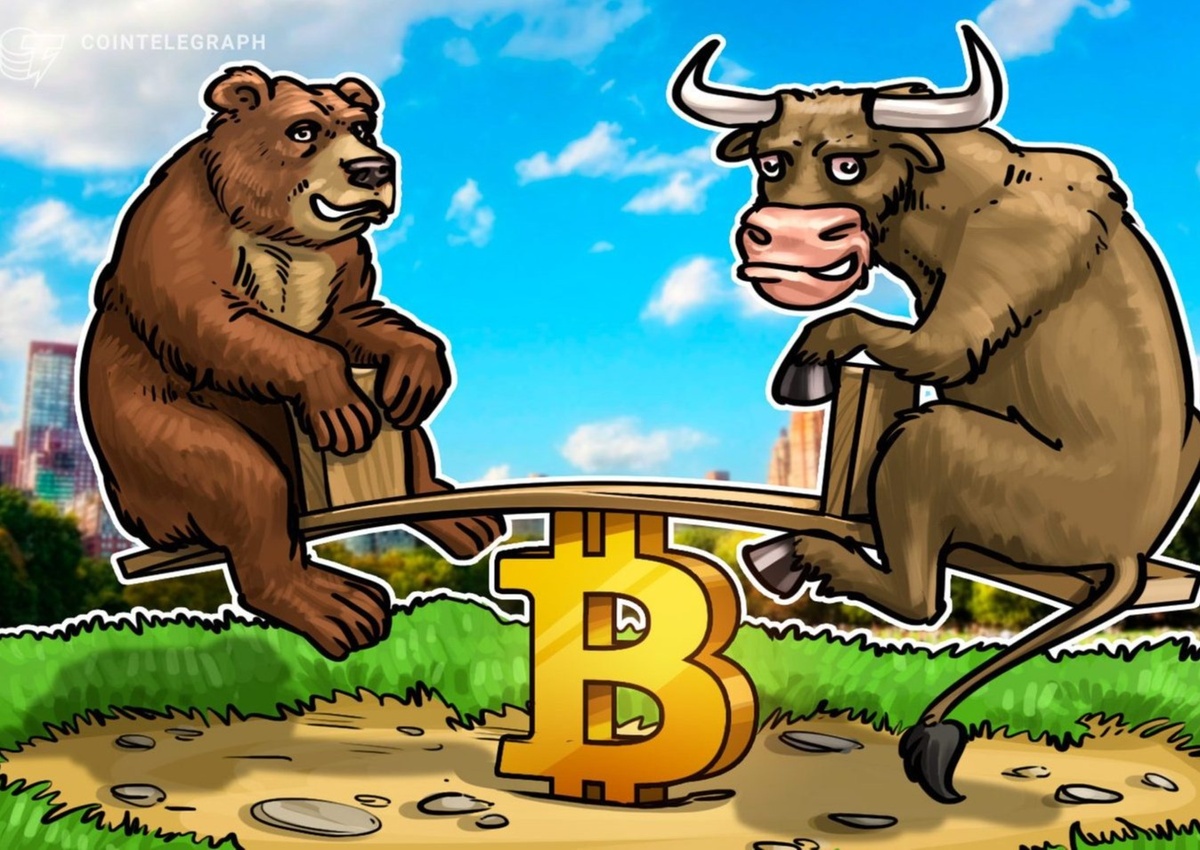 What's Up With This Crypto Thing?

With the release of the Bitcoin whitepaper in 2008—under the alias of Satoshi Nakamoto—sprung the idea of the first cryptocurrency.[i] On January 9, 2009, the first Bitcoin transaction took place and gave life to the idea. Satoshi Nakamoto has managed to stay anonymous and can be an individual, or a group of people. He was last heard of on December 13, 2010 on bitcointalk.org, a forum used by him and other bitcoin community members to help establish the widely popular cryptocurrency. It is interesting to think of the incredible amounts of fame and power Satoshi would hold today if he made his identity known. If you squint hard enough, you can see a George Washington-esque figure, as a man stepping down from ultimate authority for the greater good of the system he helped found. Unfortunately, like Washington, Satoshi's absence helped grow an evangelist like community who idolize him as a god. Many will stop at nothing to spread the good word of Bitcoin, commonly hurling insults at those who struggle to understand the appeal like, "Have fun staying poor." The other side of the spectrum hold many who ignore and discredit the cryptocurrency market using critiques such as, "It's mainly used for illicit activity." Allow us to sift through the superficial narratives and provide the facts of the matter.

The creation of Bitcoin was spurred by a lust for independence and less reliance on third parties. It attempts to create a system which two individuals can exchange money amongst each other without haggling with a bank or other intermediary.[i] With Bitcoin, a person has full custody over their assets, and can choose to send funds wherever they like in an instant. However, once the idea was put into practice, it captured the imagination of many. Bitcoiners wanted it to become the currency of the future. The hype took over and this became the narrative for many years, until an adjustment needed to be made. Bitcoin was held back by its scalability. The transactions speeds were too slow to be considered a viable payment system. Thus, in 2018 the Bitcoin bubble popped. Being the currency of the future was too tall a task and the expectations had to be reined in. Presently, Bitcoin is seen as a reserve currency for the crypto market and store of value, normally referred to as, "digital gold."[ii] Many flock to Bitcoin for the same reasons as gold. No central authority controls the supply, it is scarce, and easily verifiable. It even has some advantages to gold such as, portability and transactability.[iii] These traits are made possible due to the blockchain. Satoshi not only found Bitcoin, he used it to implement the first blockchain system which is arguably a more important discovery. The blockchain is simply a database, like an excel spreadsheet, but information is stored in blocks. For example, whenever a transaction takes place using Bitcoin, validators will approve the transaction and store the information in a block. They will then move onto the next transaction and chain each block of information together in chronological order. If your computer is strong enough, you can download the entire transaction history of Bitcoin, become a validator, and earn Bitcoin for your efforts, i.e., Bitcoin mining.[iv] It is a system that changes only when 95% of the "validators" or "miners" agree to pass a new proposal.[v] Therefore, no centralized authority controls it. It is scarce because Bitcoin is hard coded to reach a maximum supply of 21 million.[vi] At that point, no more Bitcoin can be mined. The traits of portability and transactability versus gold are due to its digital nature. You carry Bitcoin on your phone (software wallet) or in a hard drive (hardware wallet) and can easily transact it amongst your peers. Thus, under the hood of Bitcoin is a technology which can be applied to several industries, and this is where the value of Ethereum comes into play.

Ethereum leverages the best parts of blockchain technology. In essence, it is a blockchain ecosystem that serves as a platform for developers (computer scientists, programmers, etc.) to come together and create applications on top of Ethereum by writing smart contracts.[vii] Smart contracts are computer code ("if; then" statements) which automatically execute transactions once certain conditions are met. Put simply, it is an automated version of a traditional contract which does not need a third party to approve or execute the contract. These smart contracts are then mixed in with some friendly user interface to create decentralized applications ("dApps"). The surge in dApp development can be viewed similarly to Apple's creation of the App Store. Software developers have been given a platform to create applications which provide services to consumers, and dApps are created for all sorts of reasons. Some include, cloud computer storage, 5G wireless networks, and cloud computing, each allowing its users to monetize their goods, e.g., Filecoin is a peer-to-peer cloud computer storage dApp which allows users with extra computer storage to get paid by lending their extra space to other users. However, one industry has found great success utilizing these new technologies and ushered in a new movement coined, decentralized finance ("DeFi").

Two large services have sprung from the DeFi movement, exchanges and lending. In this virtual world, you have dApps called decentralized exchanges ("DEXes"). Uniswap is currently the most popular DEX and allows users to swap any type of cryptocurrency without a third-party taking custody of their assets. However, DEXes cannot be used without a crypto wallet. There are two types of wallets to store your cryptocurrencies, a software wallet, or a hardware wallet. A wallet is assigned an address for you to send and receive cryptocurrencies. Software wallets are those connected to the internet, which can be accessed via a smartphone app or web browser on your laptop. Whereas hardware wallets act as a physical storage and look like a jump drive. Within this device you can store all the cryptocurrencies you want, and since they are not connected to the internet you will not have to worry about losing your money to a network hack.[viii] The alternative to using a crypto wallet would be keeping your assets on a centralized exchange such as Coinbase, but these exchanges are susceptible to network hacks and bugs. Swapping on a DEX allows you to keep the assets within your wallet at all times. You never have to transfer your assets onto the exchange for them to be held and traded by a third party. Besides DEXes, lending dApps like Aave and Compound are finding great success. They are structured very similar to banks. These dApps allow users to deposit and borrow money while earning or being charged interest, respectively. To borrow, one must first deposit funds into the dApp. Then, your deposit is used as collateral for a loan. Generally, you can only borrow about 75% of the value of your collateral, e.g., if you deposit $1,000 you can borrow a maximum of $750. This is termed, overcollateralization. There are other provisions in place which provide secure lending. For example, if too many people are borrowing a particular cryptocurrency and reserves are running low, users will no longer be able to borrow that cryptocurrency until more people make deposits and the reserves rise back to a sustainable level. All these transactions are handled automatically via smart contracts. Now, what's the point of depositing a volatile asset such as Bitcoin or Ethereum to earn interest? That's where stablecoins come in. Stablecoins share the same properties as other cryptocurrencies (easily transferable, can store in a crypto wallet, etc.), but they are pegged to the U.S. dollar. So, 1 stablecoin = $1.00.[ix] Users of these lending dApps deposit and borrow stablecoins and can easily convert them 1 for 1 into hard U.S. dollars. On the flip side, if you are a depositor, you no longer have to worry about a significant drop in the value of your asset while earning interest.

There are many misconceptions about this market, and rightly so. Many take advantage of social media and the unregulated crypto market to engage in pump and dumps, or what is called in the crypto world, "rug pulled." However, if you dig deep enough, you can find applications which provide value to its users. Many cryptocurrencies also provide their holders with the power of governance over the dApp, a power similar to, if not greater than, the voting power of a stockholder. A cryptocurrency holder can vote on whether an improvement proposal passes or not. Thus, all changes to the dApp (software updates) need to be approved by the cryptocurrency owners. The one thing missing from reasonably valuing these cryptocurrencies is revenue. Most of the revenue generated by dApps are given directly to its users. It seems paradoxical to value an asset which does not produce revenue for its owners, but we are still in the inception phase of these products. It can be viewed as Google, Facebook, and many other tech platforms during their early days. They were great at generating activity from users but had no way of monetizing their product. These products were not created for monetary gain but to provide a beautiful and seamless experience for their users. It was not until later in their growth cycle that these platforms were monetized using the current advertising model. DApps will face a similar crossroads, where expansion means monetization, but they have a system which can be easily monetized with the simple implementation of fees.

The future of this market is murky. In one day, you can lose 10%, 20%, or 30% of the value of your investment. Please tread lightly, research or learn how to use these applications before making an investment. These assets should not make up more than 5% of your portfolio.